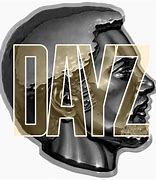 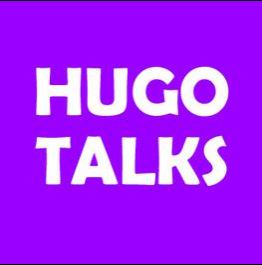 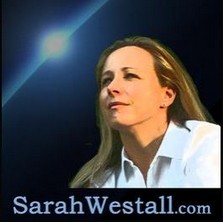 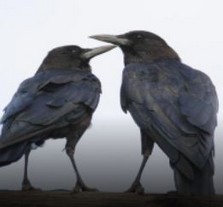 As I was standing in line at a convenience store yesterday my eyes wandered to the news rack.  I noticed a headline on the front page of my local paper, reporting that there had been a sharp rise in motorcycle related deaths over the past year and a half.
If you're paying attention, you've noted that that time period coincides almost exactly with the start of the 'pandemic panic' and subsequent freedom-squashing, job-killing, relationship-destroying, stress-inducing, crazy-making tyranny of the so-called Public Health measures.  Coincidence?
The paper reports that the number of fatalities from motorcycle accidents in my region almost doubled from 27 in 2019 to 42 in 2020.  So far in 2021 there have been 4 deaths of this nature, but we are mere weeks out of winter and the weather - rainy with very high winds - has not exactly been ideal for a spin on a Harley or any other bike.  I hope that the high number of fatal motorcycle crashes in 2020 was an anomaly and that the 2021 count won't climb along with the hours of sunshine, but I have concerns.
These details from the article struck me as worth thinking about:

Excessive speeds and failing to yield led to many of the deaths, police said.

The article doesn't specify the gender breakdown of the fatalities, but I see far more men on motorbikes than I do women so I'm going to guess that most if not all of these fatalities were males.  Were the drivers impaired?  The article doesn't say so.  Was weather involved?  It doesn't indicate that, either.  It says that high rates of speed and 'failure to yield' caused a lot of the accidents.  High rates of speed I can believe since it's fairly easy to assess how fast a vehicle was traveling before a crash.  But failure to yield?  If the reporter got the numbers right 37 out of 42 accidents involved only the motorcycle rider and no other vehicle.  So I have to ask ... failure to yield to what? And who would have been there to report this 'failure' to police?
I am not alleging any sort of cover-up here.  I don't think police are lying about what they're seeing.   I do, however, wonder if these accidents are the final result of some men's reactions to the crushing pressure of lockdowns and masking and anti-social distancing.  As we know from the silent epidemic of fentanyl overdoses among middle aged males in the US, men in particular suffer psychologically when there are economic downturns and unemployment.  We're most certainly dealing with those issues right now - and no end is in sight.  How are men coping with this?
Has joy riding given way to rage riding?
I've never been on a motorbike though when I imagine it I think of daring, freeing, thrilling adventure.  It must be exhilarating to move through the world at speed, just the rider, the open air and the rush of being in command.  I wonder if that experience can turn into a death match under the right circumstances?  Angry and frustrated by the circumstances but unable to think of a way to fight it nor a path to escape it, might a person's back country ride turn into a grudge match against the universe? A game of Truth or Dare where he screams the truth into the wind and dares God to make his fight or flight decision for him?
When it comes to the fatalities reported in the article, we will never know the answer and, I think, that's how it should be.  Some mysteries aren't meant to be solved.
I do hope, however, that each of us can look around at the people we love and take note of their unspoken needs. A little bit of soothing goes a long way.  A sparkle of hope can change a person's direction.  A word of praise.  A distraction.  A laugh.  A nod to the rider who heads out on the foggy day - things will clear up eventually. For now, there's no shame in taking it slow.

Hacksaw McCoy
Hi Polly, its a perfect storm. This is a disturbing trend to see amongst bikers. Sadly, the odds are not in our favour. Population grows, more bikes on the road, more cars on the road. Some should not have a licence period. One time an asian woman backed up into my friends car while we were parked. She smashed the grill. Her response "sarri, no speek English". Well how the fuck did you get a licence then!?

3) there's an exodus from the cities out to more rural areas which were better for biking but now the city folk come to the country and most of them are stoned.

Government cut into the drug business. First it was alcohol, then all the pharmaceuticals, now its pot and heroin as well which they give out for free now in the US. Its disturbing to ride around on the bike in the summer smelling the pot rollin off cars and trucks out there. You can't smell it when someone is drunk or on heroin but pot smell carries a long way. These people's reaction times are slower and half of them don't even know where they are so ya, bad for bikers.

4) the jib jab is fucking people up big time. If it doesn't kill them, some end up driving with all kinds of disabilities now. Some even have heart attacks and strokes when driving sending them and others to the forefathers, the way Schwab wants it.

not givin up my bike though. Its the only freedom these days.

Dennis Roe
When you're witnessing a worldwide genocide, but everyone pretends it's just another day, you're gonna have odd and unusual behaviors.

Dennis Roe
When you're witnessing a worldwide genocide, but everyone pretends it's just another day, you're gonna have odd and unusual behaviors.

XXXX
I think that part of the increased motorcycle crashes has to do with not riding as often, therefore getting out of practice. I have ridden m/cycles for decades, and when I had a year or more off the bike I found that when I eventually got back onto the bike my judgement wasn't as sharp as it was when riding almost every day. I made a mistake or 2 when re-learning the finer points of judgement of speed and distance. Also I believe that some of these guys would have "cut loose", that is riding in a more daring manner because it's very therapeutic .

Lorenzo Dicke
As an avid motorcyclist, both street and dirt who has ridden over 54 years, quite honestly I think the uptick in fatalities is a direct result of more folks riding. With the "prescribed" lockdown, bikers took the opportunity to head out on two wheels, perfect social distancing to still explore and enjoy life. I don't think it was a crazed desire to die, or drug/vax induced, simply more miles traveled, and just like with automobiles, more resultant fatalities. You were right Polly, the allure of the beauty of nature, fresh air, total immersion in the experience is what draws us to motorcyling . . . thanks for all you do for all us.

Ole J Pedersen
Maybe they was on the way too patriots Scott Mckay show Polly. No just fun. The truth most be those mask on the face idioti, just saying. best regards from Denmark.

GARY
Hi Polly, I'm a avid rider just south of you in NYS, I'm also in that age group. During the early stages of the scamdemic motorcycle and atv sales went through the roof, since people had so much time off and there was hardly anyone on the roads, which made it fantastic riding for guys like me. Speeds and mileage definitely increased during this time, however there may be another factor. I like many others of my age are prescribed high blood pressure medication, which have some side effects like being fearless! I often found myself doing speeds unheard of normally thinking, nothing of it. Some of those meds are used by people to overcome stage fright, I later found out. No more for me. I may be a little speed crazy, but I'm not suicidal. Thank you for all you do, I highly admire your work

(Jabbed people having the self-replicating nanobioweevils crossing the blood-brain barrier while they're driving perhaps?)

Thanks for all you do and much love

Nancy V kaplan
When the Covid lockdowns started, "15 Days To Slow the Spread", there was a drop in traffic. (sort of like when webatten down or a svere weaher front), As the 15 days continued into months, there was a continued drop in traffic. At traffic lights, drive thrus, etc. the customary 2-3 feet between you and the vehicle in front of you started to widen sometimes as far apart as 10 feet. . On the road the distance between vehicles also widened.
As traffic lightened on the roads I noticed those on the roads had one of two reactions. The first seen mainly on the highways was increased speeds. Fewer vehicles so speeds picked up. Really picked up.

The second reaction, Confused drivers doing stupid things. Basic, what should be instinctive ,driving habits for most of us, seem to have disapperared from disuse. These acts of stupid are being commited by what should be the most reliable age grouping . But they are out of practice and suffering oxygen deprivation with those masks, maybe visual imparment.

Finally courtesy of the War on Law Enforcement; people are not getting pulled over for excessive speed, violating rules of the road , etc.
I bet it isn't just motorcycle fatalites that have increased.
1 2 3 Next
Recent Posts
Monthly Posts
Back to content